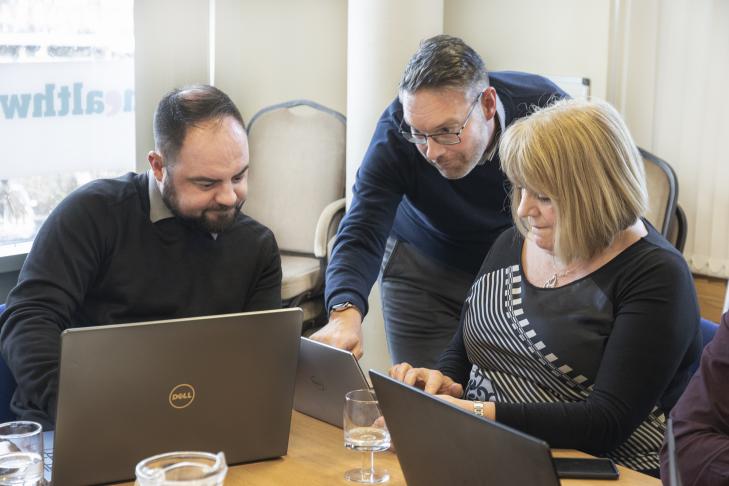 Healthwatch Torbay are a registered Charity based in Paignton. Their mission is to bring the voice and influence of local people to the development and delivery of local healthcare services. From Doctors and Dentists, to Care homes and Adult Social Care, they aim to be a consumer champion. By collecting anonymous feedback from consumers, they can monitor the data for issues and push for change when it’s needed.

Funded by the local council, Healthwatch Torbay are led by the public: they don’t speak on behalf of the community, they just pass on the messages. As well as their office in Paignton Library, they also have an online portal where local people can give feedback on their healthcare. This allows everyone to give their honest opinions in the way they feel most comfortable with. Healthwatch charities exist so the community can have a say in how they receive their healthcare, allowing local people to provide both positive and negative feedback on the care they’ve received.

Healthwatch Torbay have worked with Cosmic for many years; beginning in 2013, when Cosmic made them a website. This was followed by several years of digital skills training, IT Support and the continued hosting of their current website. As their retained IT support provider, Cosmic help the charity with a broad range of IT services; including supporting the purchase and installation of new equipment and providing the access to our readily available Support Desk when issues occur. Most recently Cosmic has provided Healthwatch Torbay with some more specialist training.

Healthwatch groups in the region are in the process of working closer in partnership with each other, meaning that Healthwatch Torbay need to collaborate more efficiently with the other teams in the South West to share information, data and knowledge. This means that they need to improve their remote working abilities, rather than spend time and money on long distance travel to meetings. Healthwatch Torbay approached Cosmic for some Microsoft Teams training with Cosmic’s Head of Digital Solutions, Paul Turner. Together they completed a series of workshops outlining the basics of Microsoft Teams within their organisation: from simple messaging, to video calls and hosting online meetings. These new skills will not only help with communication to other Healthwatch groups, it will also allow them to communicate more efficiently within the Charity.

In the future, Healthwatch Torbay predict further growth across the South West, meaning the extra training on remote working will be even more useful. We’re proud to work with such a meaningful organisation that looks out for the interests of our communities!