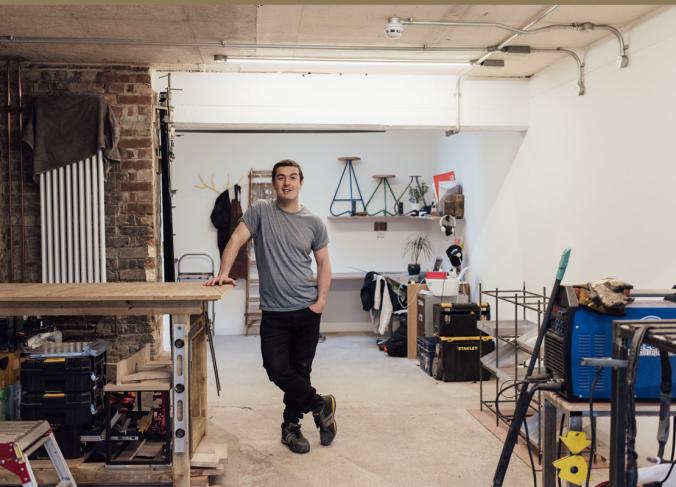 Our Digital Boost Plymouth programme ran from October 2021 to March 2022 and offered free, fully funded digital skills training to all businesses based in the Plymouth City Council area.

One of the businesses we have helped through this programme is Rich Craft Furniture, owned by Richard Evans.

Richard moved down to the South West in September from London and wanted to reach out for support about his business. He got in touch with the Growth Hub and they suggested Cosmic as one of his options for business support and advice, and he then signed-up to the Digital Boost Plymouth programme.

2 years prior to September, Richard's website was ranking on Google's first page, usually in 8th position thanks to Search Engine Optimisation (SEO) on his website. All his traffic and ranking had come through SEO, and he’d originally had a good ranking for keywords when living in London. However, when Richard moved to the South West, he realized there was a specific problem with his website.

Richard had lost his original ranking and wasn't sure why. Having got in touch with Cosmic, he spoke with one of the trainers and it was confirmed that Google had updated their algorithm. When Google changed their algorithm in the July, the position of Richard’s website information slowly dropped down the pages. It eventually dropped to page 7. Now, Richard realized, Google needed quality content and written content, while he had a picture-heavy website.

Our digital trainers helped to update his knowledge on how Google's changes had affected his website, with one of the suggestions being that each page had to have 300 minimum words. Richard also learnt through his 1:1 session that layout was equally important.

Through Comic's support, Richard has got his website ranking back to the first page. Not only that, but the ranking is marginally better now than it was previously.

"The support and advice from Cosmic have been really valuable and has got my operation back on track."

Another thing he learnt was that there are a lot of third-party apps to help analyse ranking. One App was particularly helpful for keywords and analysing websites.

Richard is currently setting up a new website called Weldspace. With all that knowledge he's gained, he's hoping to rank much faster than his original website.

“What was most useful was the sharing and the knowledge provided. Also, the social media workshops were great. Basic points were made about just being more social on social media. Little tips that he would never have picked up on were really good.”

For one, planning as well as a social media audit is a job that he aims to do in the future. Already, he's noticed better engagement on his social channels thanks to engaging more and being more ‘social’. The channels are less content heavy now and he plans on a monthly basis rather than daily.

We’re so happy that we’ve supported Richard with his current website, and his new one! We look forward to seeing how we can advise and support both Richard and others in the future, not just on website SEO and social media, but on more digital skills besides.

If you want to know more about Richard and his businesses, see the details below: