CES looked a bit different this year, unable to be held in Las Vegas, the Consumer Technology Association produced the first ever digital event!

CES showcases companies including manufacturers, developers and suppliers of consumer technology hardware and more, allowing us to look at the exciting new tech that’s being created.

Check out our list of the top 5 exciting tech that was shown this year!

One of the stranger pieces of tech to be unveiled this year, the MyQ Pet Door is a pet flap that connects to your smartphone. Costing £2,220 this digital pet door not only replaces your regular pet flap, it replaces the entire door.

Cameras and a smart collar for your pet let you check when it wants to go in or out, and you can unlock and lock the door after it. Instead of a flap, the pet door has a panel that slides open and closed. Check it out in action here!

Smart glasses aren’t a new concept, from Snapchat glasses to Google Glass, we’ve seen this idea tried before. TCL, however, is putting a new twist on the concept.

TCL want to give viewers the experience of watching a giant screen in front of them, but through their glasses. Two 1080p screens are mounted inside the lens with a video played via a USB-C connection. The company claims the glasses can give the effect of watching a 140-inch display from four metres away.

TCL has yet to give a price, but a release date could be given later this year. 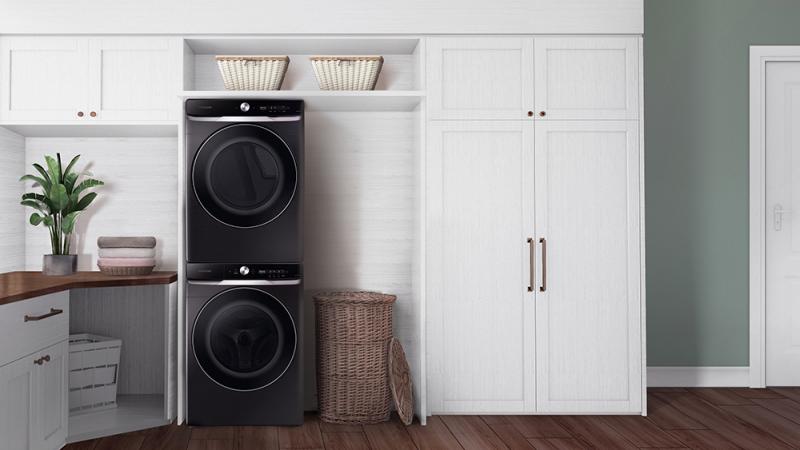 A little different from the others on this list, Samsung also announced a new series of washers and dryers that use artificial intelligence to reduce the time it takes to clean your clothes.

It works by using sensors inside the washing machine that can tell how much dirt is left on your clothes while washing, this is then used to determine how long the rinse cycle needs to be, as well as how much detergent to use. Similarly, the dryer takes into account how damp the clothes are and can start the cooling process as soon as clothes are dry without going through the whole cycle.

Definitely one of the more practical pieces of tech to be announced this year! 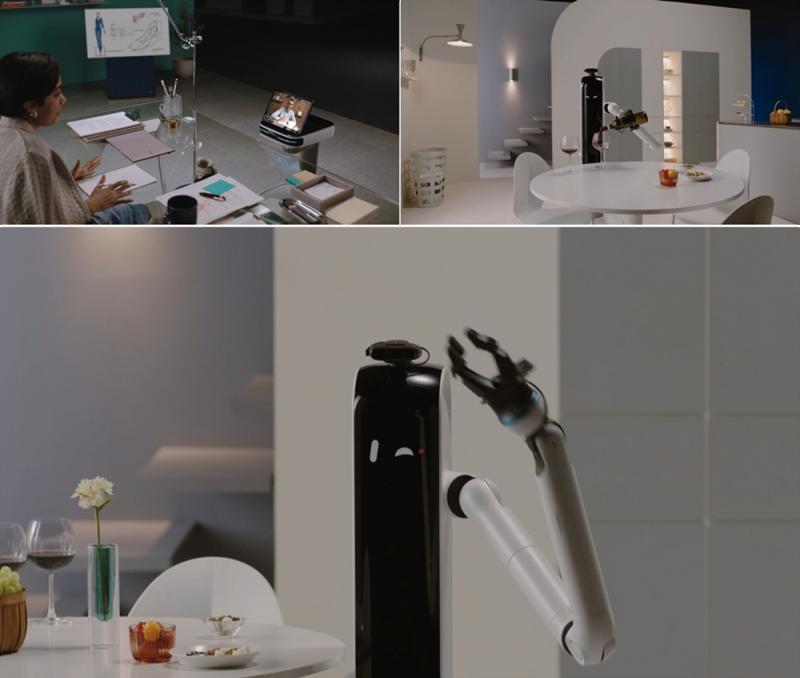 Samsung are back again with some odd tech, this year it’s a robot butler! Samsung's prototype robot stands at four foot tall with a single robotic arm. It has a face that can monitor its surroundings with computer vision.

Samsung’s demonstration suggests the robot will be gentle enough to load the dishwasher, lay the table with cutlery and glasses, and pour a glass of wine.

Want to learn more? Check out this video from CNET.

After almost a year of wearing masks, it’s no surprise that someone has turned one digital. The company behind Project Hazel is Razor, most known for their gaming tech.

The mask is a surgical N95-grade face-covering made from recycled materials. To reduce waste created by disposable masks, Razer's mask uses replaceable and rechargeable disc-type ventilators. The carry case for the mask also acts as a charging box and has a disinfecting UV light that promises to kill off any bacteria.

The RGB lighting on the mask will show low power levels or let you know when your filter needs replacing. The mask is also waterproof, scratchproof, and face-fitting thanks to a silicone liner that forms a seal to prevent excess airflow.

While the design has working prototypes, Razer has made it clear that Project Hazel is a work in progress, with no release date or price set currently. We’re excited to see their progress!